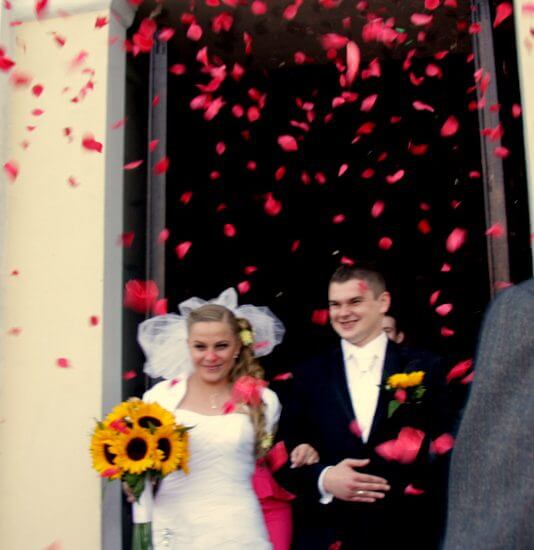 Visiting my family in Poland and my wedding blog hiatus

Sorry, I haven’t posted anything in a while. I visited my family in Poland. I haven’t seen my folks for almost two years. So it was a big deal to me that I could finally hang out with my peeps. It was a great opportunity to expand my knowledge and learn more about Polish weddings and traditions.

I’ve realized that even though I’m 100% Polish and have been in the US for only ten years, I know more about American weddings than Polish ones. I always wonder if my girlfriends in Poland had to go through the same hell as me when preparing for their big day. So I did a little research. I talked to a whole bunch of seasoned brides (all of them either got married within a few years or are getting married soon) and put together a little draft about the general feel of weddings in Poland and some Polish wedding traditions.

So what are Polish wedding traditions?

Like every culture, we have our cute rituals and superstitions depending on the region. First, the majority of weddings take place in the months that contain the letter R (in the Polish name for the month). In Polish, the word joy starts with the letter R. For example, June (Czerwiec in Polish) is surprisingly more popular than July (Lipiec in Polish) due to this superstition. In my area, there is a tradition that the groom has to buy the bride symbolically. Along the road to the bride’s house, he passes by multiple checkpoints blocked by rope, where he has to “pay” the village (usually with vodka) to pass. He then comes to the bride’s house before the ceremony and “pays” (again with vodka) the maid of honor to be let inside. Another cute Polish wedding tradition is throwing coins, rice or rose petals on the couple after the ceremony when they leave the church. It’s supposed to guarantee them prosperous and a wealthy life. My favorite tradition is oczepiny, also known as the unveiling of the bride, which is usually followed by multiple games. Similar to the American tradition of throwing the bouquet, a Polish bride will usually toss her veil in the air to the other unmarried women who are dancing in the circle around her. The one who catches it will be the next to get married. I’ve heard some hilarious stories about women fighting. The stakes are high.

Weddings can still be expensive and stressful

On the material side, weddings are very expensive.Weddings often cost around 20,000 zloty (Poland’s official currency). It’s a sizable expense for most people’s budget considering the average salary in Poland is 42,360 zloty per year according to wikipedia. Although there are many differences between Polish and American weddings, there are some shared expenses like venues, photographers, and dresses. Are Polish weddings less stressful than American ones? Not at all. My best friend, for example, ended up almost calling off the marriage twice due to fighting about wedding preparation and the stresses of it. Luckily, in the end, they were able to work it out and are now happily married. But one big difference that caught my eye is that Polish weddings seem to have less attention to details. None of the brides or wives that I interviewed mentioned anything about table centerpieces (maybe because the visual focus on the table is the mountains of food) or guests favors. According to my friend, “All a good wedding needs is good music and booze.”

Weddings are different all over the world

Maybe this will give all of the nervous brides and grooms some perspective.  You get to see the difference between American and Polish wedding traditions. Don’t stress over little things. Not everything must be perfect. Instead, be happy that you are marrying your soul mate in the presence of the people close to you. Hopefully, this post helped some nervous brides and grooms recognize that weddings are different all around the world, but they still end up being fantastic, fun, and memorable because of the meaning behind it and the love, energy and well wishes your guests bring. Let us know in the comments if this helped you reduce your wedding pressures/jitters. 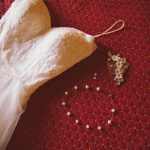 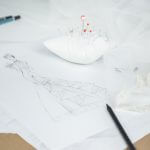 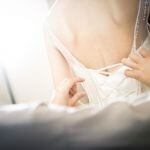 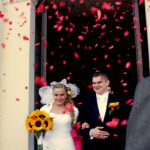 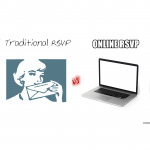